On the event site, 16 major projects commenced simultaneously through video connection. The National Engineering Laboratory Industrial Base Project of China Rail Transit Train Control System (hereinafter referred to as the “Industrial Base”) has become one of Tianjin's major projects in view of its unique strengths such as strong independent innovation, and open and shared positioning of the entire industry. 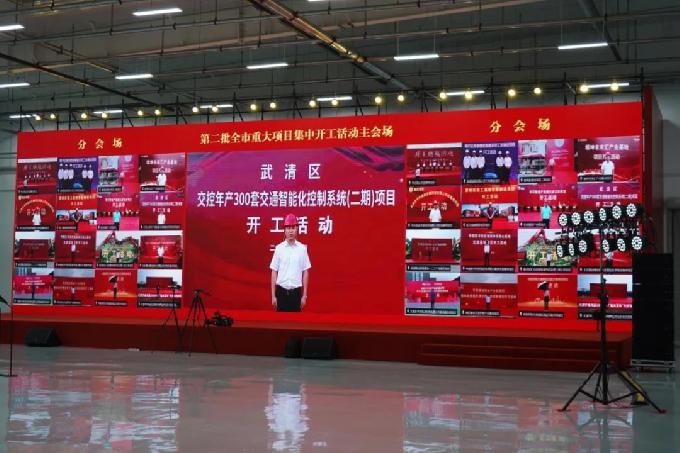 Then, Liao Guoxun, deputy secretary of the Tianjin Municipal Party Committee and mayor of the city, visited the project site of the Industrial Base for field investigations. Chairman Gao Chunhai accompanied Liao during the visit and gave a detailed report on the project overview. The National Engineering Laboratory for rail transit, high-end R&D and design innovation platform, public lab scale and pilot scale platforms, shared general flexible intelligent manufacturing platforms, etc. will be built in the Industrial Base. And an integrated platform for rail transit intelligence sharing, innovation and entrepreneurship will also be set up. The Industrial Base will be committed to gathering the forces of the entire industrial chain to aid rail transit technology innovation and professional talent training. 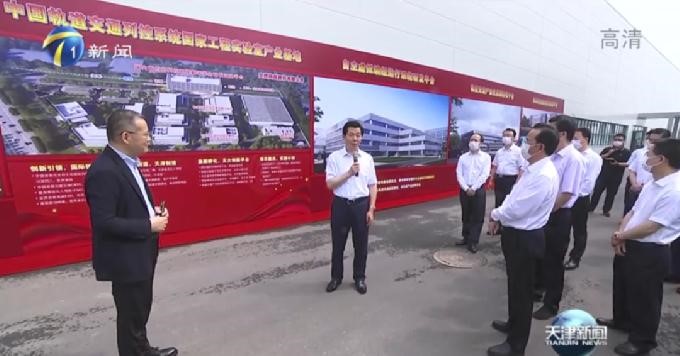 In the future, TCT will continue the active participation in the construction of Tianjin’s rail transit, thoroughly implement the new development concept of the city, and assist in the construction of “five major innovation platforms” namely R&D innovation, lab scale and pilot scale tests, general manufacturing, marketing services, investment and financing services. By its independent core technology advantages and high-end smart rail transit talents, it will build a rail transit innovation and entrepreneurial ecosystem and a high-end rail transit industry base in Tianjin with global competitiveness.

Next: TCT invited to attend WAIC held in July 7 to 10, 2021: Depicting the future of digital and smart urban rail transit