The Financial Summit Looking Forward to 2020 - The Resilience and Potential of China’s Economy sponsored by Beijing News was held on December 18, 2019. As a representative of the first batch of listed enterprises on the Science and Technology Innovation Board, Gao Chunhai, Chairman of TCT was present by invitation and participated in the roundtable forum “China's Opportunities - Power of Science and Technology Innovation”. 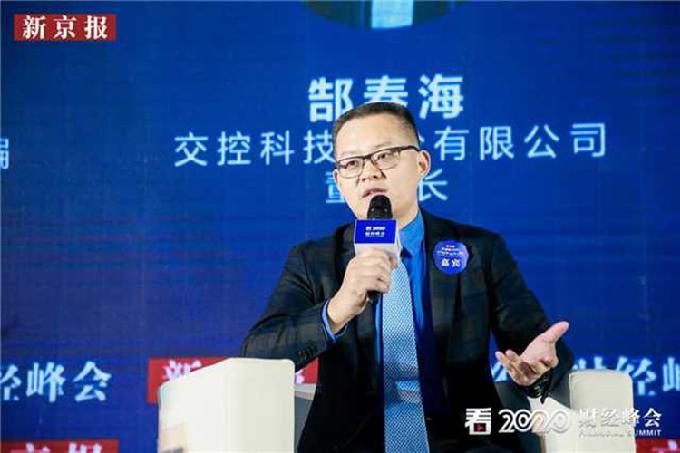 At present, China’s economy has transformed from a rapid growth stage to a high-quality development stage. After years of rapid development, China has made great achievements in its economy, which attracts worldwide attention and the volume is not what it was.

At this stage, China pays more attention to improve the overall competitiveness of the economy, structure optimization, and quality and efficiency improvement, which is also a requirement of the objective development law. Only with higher development quality can maintain the health of China's economy and better meet the growing needs of people for a better life.

For this reason, the Central Economic Work Conference pointed out that it was imperative to promote high-quality development, insist on the policy of “consolidation, enhancement, improvement, and circulation”, comprehensively improve the overall competitiveness of the economy with the innovation-driven and reform and opening up as two wheels and accelerate the construction of the modernized economy system.

Undoubtedly, innovation can prove a new growth space, key thrust, and important support for the high-quality development of the economy. The 19th National Congress of the Communist Party of China also clearly put forward “to accelerate the construction of innovative country”. Innovation is the first power for leading development as well as strategic support to construct the modernized economy system. Therefore, it is necessary to focus on the forefront of world science and technology, strengthen the basic research and make a great breakthrough in forward-looking basic research and leading original achievements.

To provide a new stage for innovation, the Science and Technology Innovation Board that gives full play to the unique advantages of the socialist market economy will definitely become a core to promote the innovative development of China’s economy.

Before the establishment of the Science and Technology Innovation Board, the second meeting of the Central Finance and Economics Committee had stressed that in order to promote the independent innovation of key and core fields, it was necessary to give full play to the unique advantages of socialist market economy and the role of scientists and entrepreneurs as innovation subject, so as to realize the research and development of core technologies and achievement transformation.

Emergence of science and technology

CBTC signalling system developed by TCT independently makes China become the first country in Asia and the fourth country in the world to master the core CBTC technology and put it into operation, it breaks up the monopoly of foreign manufacturers in rail transit signalling system, solves the problem of “bottleneck” and drives the research and industrialization development of autonomous signalling systems in China.

At the end of 2017, the FAO system with TCT’s independent intellectual property was applied to Beijing Subway Yanfang Line and became the first FAO line that owns independent intellectual property in China. FAO system of Yanfang Line has reached the highest automation grade in rail transit field, represents for the world-leading level, fills the gap in domestic, listed as the major achievement of “Three-year Action Plan (2015-2017) of NDRC for Strengthening Manufacturing Industry” and has a great significance for promoting industrial upgrading of urban rail equipment and implementing the innovation-drive development strategy.

On September 26, 2019, TCT successfully developed the FAO system of interconnectivity and applied it to Beijing Daxing International Airport Express for the first time. The design speed of the train reaches 160km/h, which makes the line become the fastest urban rail transit FAO line in the world. Compared with the international counterparts, the line also realizes the transformation of FAO system from “following” to “leading” and lays a solid foundation for the integration of four networks in China such as municipal area, metro, high-speed railway, and inter-city railway.

In the future, science and technology innovation board enterprises represented by TCT will build new resilience of China’s economic development and stimulate new economic potential with the power of capital.

Next: Gao Chunhai, the Chairman of TCT, interviewed by CCTV “Dialogue”: Science and technology innovation board promotes high-quality development of hard technology in China