The development of the ITE product follows CENELEC standards (EN 50128 and EN 50129), and has received safety certificates from the independent safety assessment body, achieving the requirements of Safety Integrity Level (SIL) 4. This is believed to be the first time in the rail industry for a perception product.

The ITE product detects physical space based on technologies of artificial intelligence deep learning algorithm and multi-sensor fusion of machine vision and light detection and ranging. Itapplies fail-safety technologies of prior knowledge based on geographical maps and data voting. The ITE is capable of detecting foreign matter in front of the train or status of wayside infrastructures in real-time in a reliable way and reports to signalling system for its decision of train control. ITE’s capability of accuracy of autonomous positioning could achieve to centimetre-level, accuracy of autonomous speed measurement to 0.1km/h, autonomous perception to 300m-detection of foreign matter in the guideway, and auxiliary driving warnings (such as signal aspects, switch positions and over speed). Therefore, the ITE mitigates the risks of train operation for scenarios such as foreign matter in the guideway, punctured tunnels, wrong positioning of point switches, signals passed at danger, train collisions, and degradation of signalling system due to failures.

TCT plans to combine the ITE with technologies of the Full Automatic Driverless Operation (FAO) and Vehicleto-Vehicle Communication Based Train Control (VBTC), and apply it to its nextgeneration train control system. 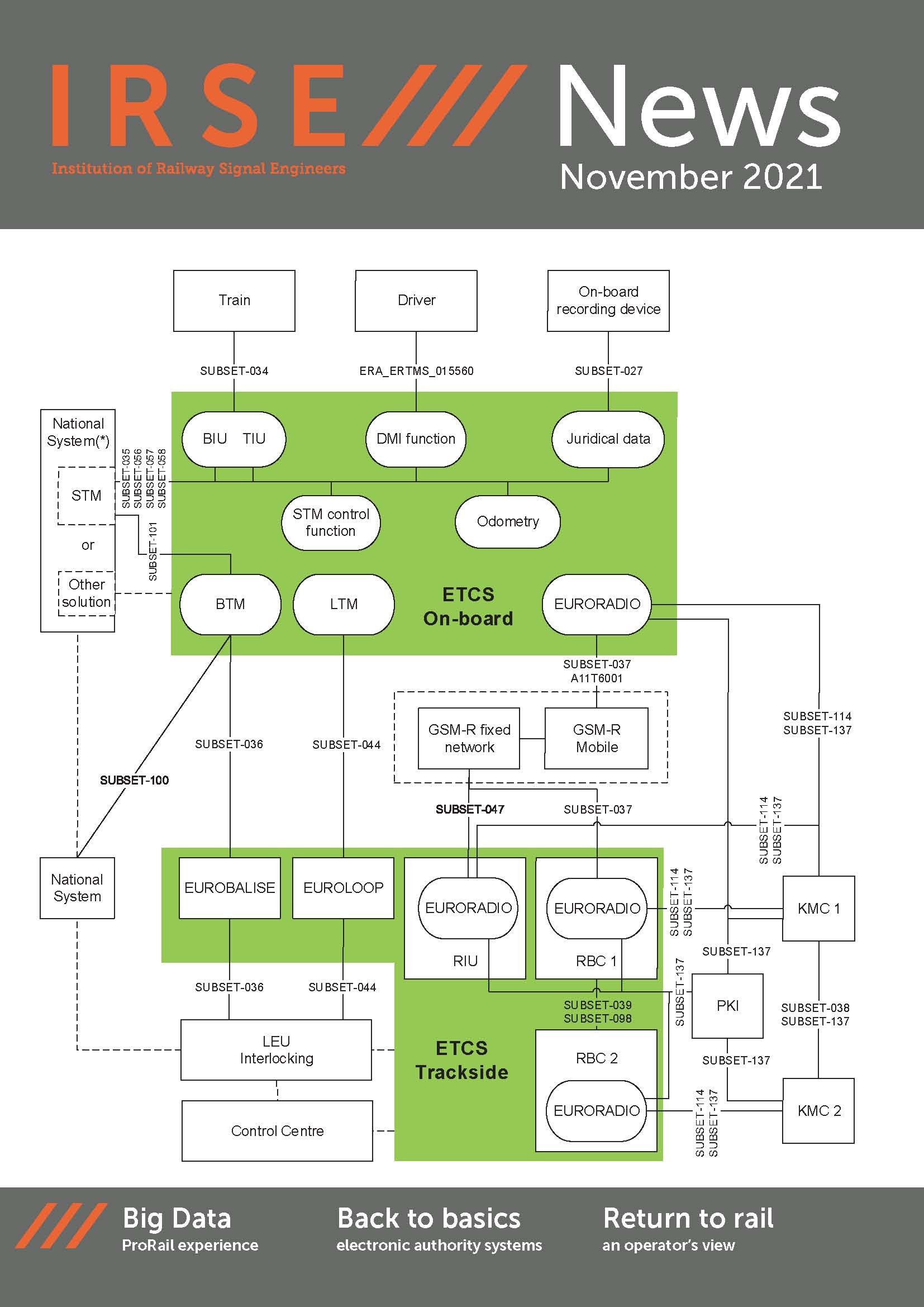 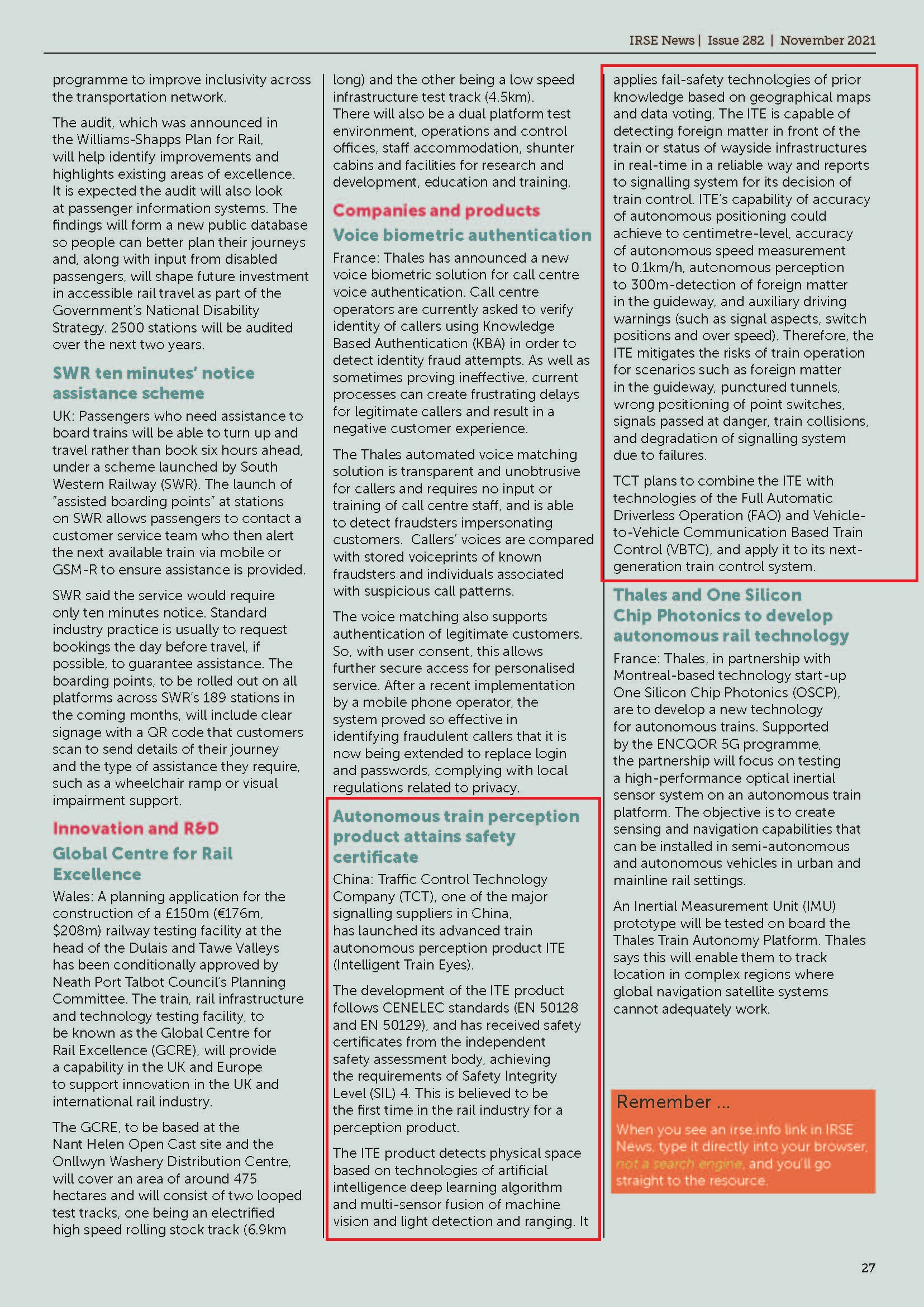